Now In Cinemas | Guptodhoner Sondhane: The sudden demise of his maternal uncle leaves budding lawyer Abir, in charge of his ancestral property. Accompanied by his friend, philosopher and guide, Subarna Sen (aka Sona da) – the renowned history professor from Oxford who has just returned home, Abir visits his ancestral mansion only to find that his late maternal uncle has left behind for him a series of clues to unearth the hidden treasure of Mughal Prince Shah Shuja, kept secure within the property. Jhinuk, Abir’s childhood friend, joins them in this quest. Soon, Sona da, Abir and Jhinuk are caught in a web of mystery, deceit and murder, as the cunning villain – Dasanan, will stop at nothing to get his hands on the treasure. The valiant trio stand their ground, fighting off all obstacles as Sona da sets about solving the riddles unearthing one of the greatest treasures of Bengal. Watch the film on Hoichoi 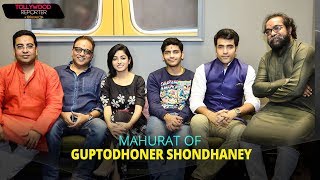 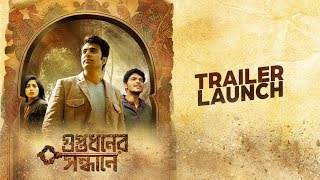 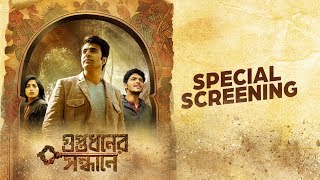