In Cinemas Now | Built on the idea of portraying familial bond in a light-hearted context, the film tells the story of a family which used to function as one at some point of time but got disintegrated into isolated units over the course of time. During the household Durga Pujo of Banerjee family, the members get reunited after a long time. As the Pujo festivities ensue, the once empty and silent Banerjee home becomes filled with festive chaos amidst the family and the boisterous bunch of outsiders. With its various elements of emotions, Mainak Bhaumik’s ‘Ekannoborti‘ strives to be an unparalleled family watch. 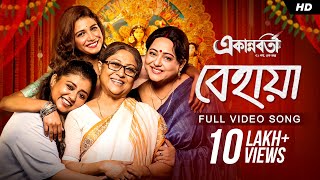